At Granny and Granddad's - Kayaking and Beach Play

Our last day trip we went down to the river mouth and played on the beach and some of us took Granddad's kayak for a spin.  Eleanor and Granny joined us a bit later after taking a trip to the special fairy shop in town.  Once they got there we had a picnic and enjoyed the sunshine until it was time to head home for a nap.

At Granny and Granddad's - The Beach and Tram

We went went to the Bird Sanctuary and then next day went to a local beach where we could ride an old electric tram.  While waiting to the tram to arrive the kids played on the beach with Marshall's new digger and the sand toys.

Posted by Unknown at 2:51 AM No comments:

At Granny and Granddad's - The Bird Sanctuary

One of our day trips included a visit to a local bird sanctuary to: 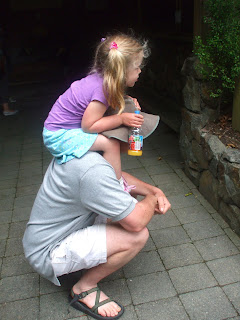 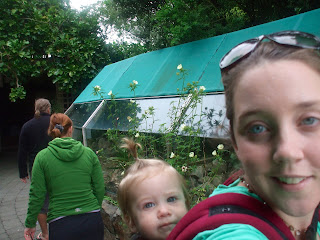 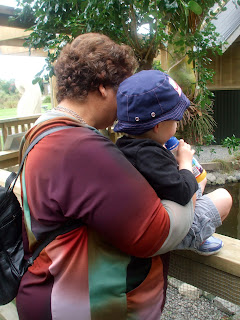 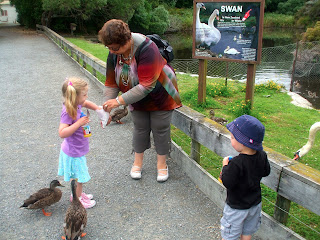 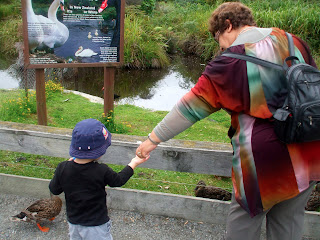 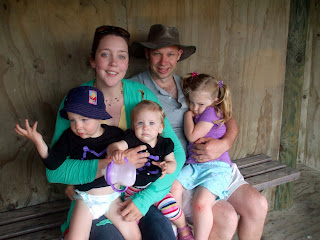 *Attempt a photo of all three kids 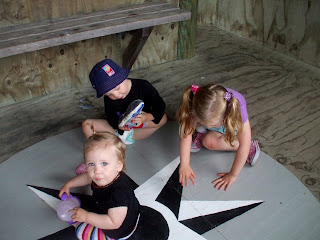 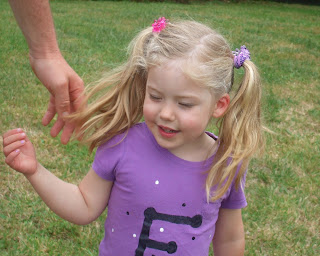 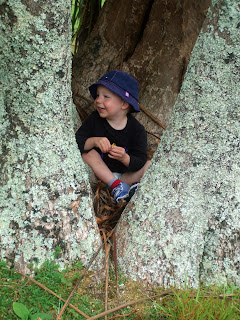 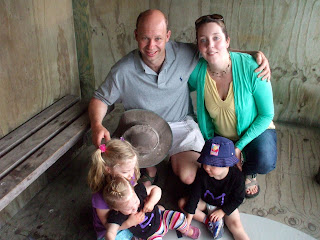 *And feed the eels.  (I know they are not bird related, but it was a special thing there and I'm sure they addressed this in the little talk, but I missed it...) 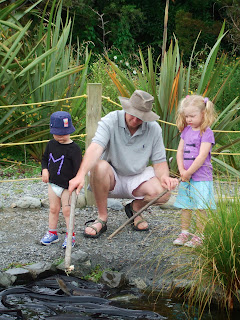 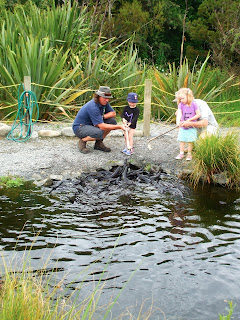 Posted by Unknown at 2:32 AM No comments:

At Granny and Granddad's

After Christmas Morning and traveling to Granny and Granddad's we spent a week up there hanging out and having fun.  We enjoyed some nice hot sunny days and some rainy ones as well.  We took picnics to a local bird sanctuary, a beach where we got to ride an old electric tram, and to the river mouth/ocean to kayak.  This post is to show some of the fun we had at their new house.

One evening we played ball in the back yard (and a big thanks to Aunt Barbara for taking pictures!).  It started off with Eleanor and Daddy. 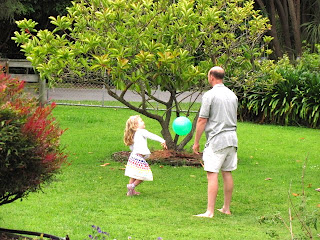 And then Mommy and Marshall went down to join in the fun and it became "The Girls" against "The Boys".
Eventually becoming everyone against Daddy
The kids really enjoyed swimming in the pool.  They went on several occasions!

Eleanor dressed up to look "fab-u-us" with her princess hair ties, purse, and playing her whistle. 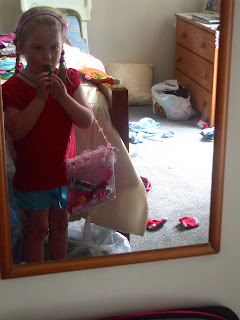 As mentioned in an earlier post Marshall got a digger from Granny and Granndad.  Here he testing it out in the dirt pit. 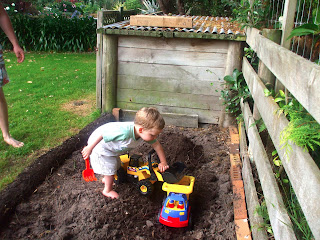 Posted by Unknown at 1:52 AM No comments:

I know, I know, you've been waiting for like 20 days for this post!  But at night the couch is so comfortable and my book calls my name...and then the sandman comes....but enough excuses!

Christmas Eve was very exciting!  We had "Hoy Christmas" by Facetime and the kids opened lots of fun stuff they all got books and stickers which were a big hit.  Eleanor also got a "diva sparkle hat" or beret, a Barbie microphone and radio (let's just say that was money well spent MarMar and JonJon!), and some tie-up Hello Kitty shoes.  Marshall received a new red jacket (they must have known he outgrew his favorite red jacket he got last year ;)), light up Spiderman shoes, and a Dinosaur Train action figure, Hank.  Edith got a special giggle stuffed thing (that is the technical term I'm sure), some really cool soft soled shoes, and a teething ring.  The kids weren't the only ones who were well remembered.  Andrew got jeans, a new polo shirt, and socks.  Hannah got new cuddleduds and socks (hey, its what she asked for!)

It was hard to fall asleep so Santa could come, but eventually after soothing fears that we had in fact tidied up enough for Santa to come and that he had enough cookies and could get down the fire and that Rudolph and the other reindeer wouldn't wake them up and that Santa knew where to leave their packages and that even though Eleanor forgot to tell Santa what he wanted he would get her something fantastic...well, you get the idea. :)

Santa did show up.  He filled the stockings with new crayons, a scrapbook, stickers, scissors, a glue stick and a new special mug for hot chocolate.  (Santa must have known these kids were getting ready to get on an airplane...) He also remembered the Edith the Eater eats everything and needed a new swim raft for the pool this summer. So she didn't get any tasty crayons, but she is now comfortably floating in the pool.


Santa knew exactly where to leave his presents.  He brought the girls fairy wings and skirts and wands and Marshall got overalls like Daddy's (even with an Airspread South patch) and a dino tail.


After finding our cool presents from Santa and opening up presents from each other (The kids gave each other books, Eleanor got a Lala Loopsy, Marshall got Leggos and Edith got a big girl chair for the table) we had homemade Caramel Rolls and hot chocolate in our new mugs and then it was time to load up the car to head to the airport for our flight to Granny and Grandad's.  It was an exciting but uneventful flight.  Of course there were more presents, but it was also fun to catch up with Uncle Dave and Anna and Andrew's Aunt Barbara.  (More on our visit later.)

When Edith woke up from her nap the big kids helped her open her presents (and I use the word help loosely as it was more like rip the paper off and then try to be the first to play with it.).

Posted by Unknown at 2:54 AM No comments: 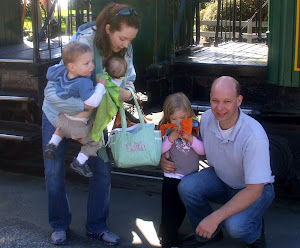 Where the everyday is chaos, but we love it!